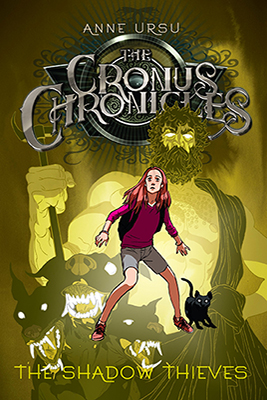 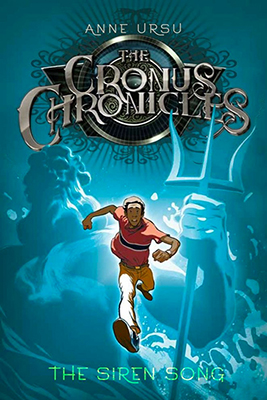 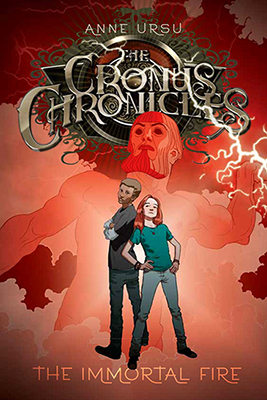 The plotting is zippy, male and female middle-schoolers are at the center, and the issues of personal responsibility and community that are raised are intriguing.
—Chicago Tribune
With a wit and cynicism that will enchant most readers, Ursu weaves an extraordinary tale… Readers of Rick Riordan’s Percy Jackson series and Jane Yolen’s Young Heroes series will delight in this new helping of myth-based fiction.
—School Library Journal

This story is charmingly silly, but has enough serious moments to carry the plot forward. It unwinds with such unabashed cheerfulness and gusto that readers will find much to enjoy, especially if they can connect with its mythological base.
—Booklist

Charlotte and Zee make a great team—look forward to seeing more of them as the Cronus Chronicles continue.
—The Horn Book 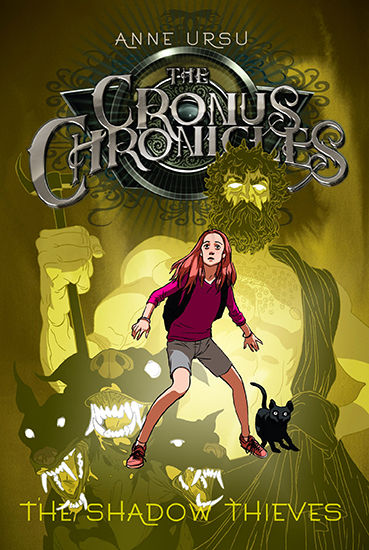 Something extraordinary is about to happen to Charlotte Mielswetzski.

It’s not the very cute kitten that appears out of nowhere. It’s not the arrival of her cousin Zee, who believes he’s the cause of a mysterious sickness that has struck his friends back in England. And it’s not the white-faced, yellow-eyed men in tuxedos who follow Charlotte everywhere. What’s so extraordinary is not any one of these things. It’s all of them.

When Charlotte’s friends start to get sick, Charlotte and Zee set out to find a cure. Their quest leads them to a not-so-mythical Underworld, where they face Harpies that love to rhyme, gods with personnel problems, and ghosts with a thirst for blood.

Charlotte and Zee learn that in a world overrun by Nightmares, Pain, and Death, the really dangerous character is a guy named Phil. And then they discover that the fate of every person—living and dead—is in their hands. 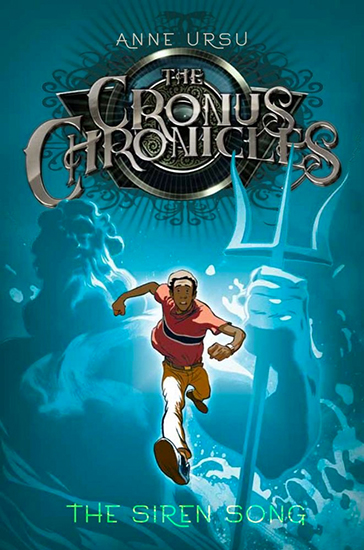 Ever since Charlotte Mielswetzski and her cousin, Zee, saved the world, life has been rather ordinary. Ordinary, that is, if you call being ultramegagrounded (in Charlotte’s case) or treated as if you might fall to pieces (in Zee’s case) ordinary. Either way, heroes deserve better.

Of course, no one knows Charlotte and Zee are heroes. It’s not like they can simply announce that Greek myths are real or proclaim they have returned from the Underworld, where they rescued all of mankind from Philonecron, a deranged demigod with delusions of grandeur. Instead, they are forced to keep this terrible knowledge to themselves, and are stuck in a state of extraordinary ordinariness.

But things aren’t quite as ordinary as they seem. For Philonecron is the grandson of Poseidon, and you don’t mess with the progeny of the second most powerful god in the universe. And Philonecron himself isn’t so happy about having all of his delicious plans thwarted by mortal children. He wants revenge, and with his grandfather to help him, he is going to get what he wants.

For Charlotte and Zee, their not-so-ordinary lives are about to be disrupted once again. This time it’s not the world they must save—it’s themselves.

In the thrilling second installment of the Cronus Chronicles trilogy, author Anne Ursu brings her trademark wit to a spectacular adventure on the high seas. 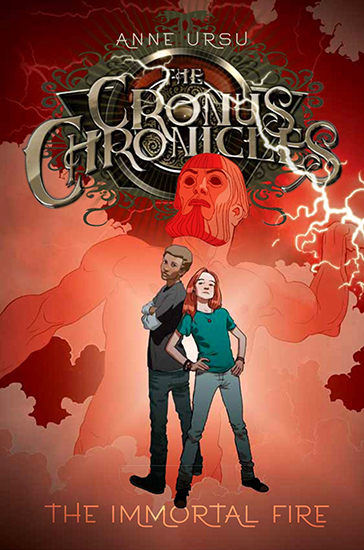 After their near-fatal battle with Poseidon, Charlotte and Zee would love nothing more than to relax and forget all over again that the Greek gods are real. But with the world in peril and no one else to save it, that just isn’t an option. Charlotte and Zee meet the Prometheans, an ancient brotherhood trying to protect mankind from the whims of the gods, who think they might have finally found a weapon capable of bringing Zeus to his knees. But using this weapon will come at a great cost, one Charlotte and Zee are not willing to pay. They strike out on their own for Mount Olympus, with the Prometheans, an angry Chimera, and all sorts of mythological beings on their tail…